Box set with “The Alchemist” and “Warrior of the Light”

With an evoking anime style, The Archer has been published in Chinese by China Times with illustrations by Tanivu. 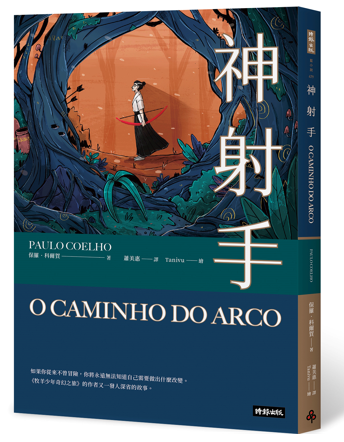 LeBron James, aka The King, is not only an exceptional NBA player but also a book lover who has often been spotted reading during warm-ups and practices throughout his career. Answering a question made by a fan on Twitter, James revealed that Coelho’s The Alchemist is his favourite read.

In Albania, Toena Publishers is launching special editions of Paulo Coelho’s The Alchemist, Brida, Eleven Minutes, The Zahir and Veronika Decides to Die with their covers illustrated by Jim Tierney.

“The Alchemist” in Kiswahili

Moran Publishers publishes The Alchemist in Kiswahili in May, Paulo Coelho’s first title translated into this language.

VBZ is renewing Paulo Coelho’s library in Croatian. These are the new editions published so far: Eleven Minutes, Veronika Decides to Die, The Valkyries, The Pilgrimage, The With of Portobello, The Zahir, The Alchemist, By The River Piedra I Sat Down and Wept and Warrior of light. The new covers have been created by the renowned artist.

“The Alchemist” in Will Smith’s book

Will Smith reads an extract of his book Will (pages 189 and 190) about how much The Alchemist influenced him: “The Alchemist was my first literary love affair. The book spoke to my soul, and I just couldn’t put it down. It penetrated me and transformed my way of seeing and being. […] The Alchemist is probably the most influential book I’ve ever read. It empowered my dreamer’s spirit and validated my suffering. If Santiago could suffer, survive, and claim his treasure, then so could I.”

“The Alchemist” in Somali

Qalinmaal Publishing House has just published The Alchemist in Somali, which is Paulo’s first title translated into this language.

Diogenes Verlag has just launched special editions of Paulo Coelho’s The Pilgrimage, The Alchemist, Brida, The Valkyries, By the River Piedra I Sat Down and Wept, Warrior of the Light and Veronika Decides to Die in German with the covers illustrated by Jim Tierney.

On November 29th, the film Paulo Coelho – My Transiberian, produced by Elisabetta Sgarbi, will be available on Nexo+ for all subscribers.

It tells the journey made by Paulo Coelho on the legendary train that connects Moscow to Vladivostok: the Trans-Siberian: 9,289 kilometres to be experienced in depth, between historical suggestions, landscapes extraordinary, symbols and atmospheres of an Orient that is still largely mysterious. A documentary that shows an unpublished Paulo Coelho, never seen before, meeting his geographically distant yet close readers, united in the name of literature. A film linked to one of Paulo Coelho’s most successful novels, Aleph.