“The Alchemist” in “A Romance of the Little Forest”

The booming Chinese TV series A Romance of the Little Forest directed by Cai Cong has The Alchemist as a leading book, as it is read by its main character, played by Vin Zhang. The last six digits of the ISBN of the Chinese edition (217054) is the code used to open not only a door but also the protagonists’ hearts. It became a hit in China. 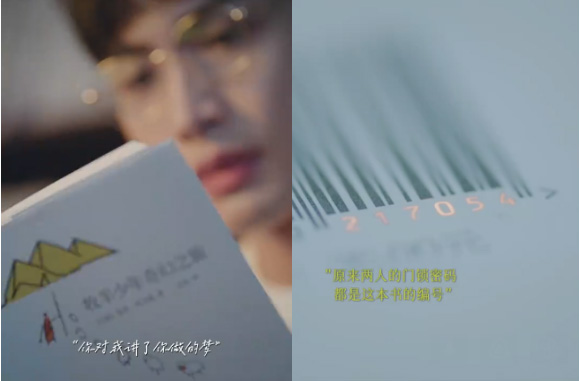 New collection in Spanish for the United States

HarperCollins Español, an imprint of HarperCollins, is launching the new collection of Paulo Coelho’s novels in Spanish with covers illustrated by Jim Tierney.

What does it mean to lead a football team?

Paulo Coelho contributed with an interview to Captains, a docuseries that follows six football captains and their teams–Gabon, Croatia, Brazil, Lebanon, Vanuatu, and Jamaica–to qualify for the 2022 FIFA World Cup. He appears in episodes 2, 5 and 8.

Available on Netflix and on FIFA’s website for free.

Comic edition of “The Alchemist”

Based on Paulo Coelho’s novel with illustrations by the team DreamMaker No.9 led by illustrator Liu Xiaoying.

The Chinese publishing house Thinkingdom will launch the first comic adaptation of the novel on November 11th, which is consistent with a comic book’s narrative style and rhythm to amuse comic book readers.

One of the most famous libraries in Seoul, Korea, Namsan Public Library, turns 100 this year. To commemorate this landmark, they are hosting a milestone event in which a selection of fragments from the 100 best books according to their readers, including The Alchemist, will be read to Seoul citizens.

Congratulations to the winner of the 2022 Berlin Marathon!

Eliud Kipchoge, the Kenyan athlete who won the Berlin Marathon and broke his own world record at 2:01:09, is a Paulo Coelho fan, as we can see from the inspirational quote written by the author hanging on the wall of his room at the training camp in Kaptagat, “If you want to be successful, respect one rule: Never lie to yourself.”

Paulo dedicated the first edition of The Alchemist in Kiswahili, Mualkemia, to Eliud Kipchoge. Check out this video to see it: https://twitter.com/paulocoelho/status/1575593072771051525?t=4Ekzt25BrXpn4CrEXzkHmA&s=19

Now in its fifth edition, Paulo Coelho participates in this project by designing his own Menina, which will be displayed on a Madrid street between November 1st and December 15th 2022. Once its design is ready, we will share it on this section of our website.

Each month, La Thé Box sends several teas and sweets to its subscribers in a beautiful box. The September box, entitled “Cahier Des Saveurs”, includes a selection of teas that evokes the author’s novels and a limited edition of the exclusive The Alchemist tea created for the occasion.

Strength, the 2023 day planner based on Paulo Coelho’s writings with illustrations by Colombian artist Catalina Estrada is out now, available in 19 languages in Europe.

More than your average planner, begin each day with a word of wisdom and receive spiritual food for thought as you navigate your everyday life and personal journey. In its past editions, it has sold more than 4 million copies.

“Writing is an act of courage. But it’s worth taking the risk.”

The publishers and translators of the Kiswahili and Hausa editions of The Alchemist will participate in a live-streamed program entitled “To My Younger Self” conducted by Ghanaian filmmaker Zoe Baraka to talk about the book and share their experiences.

You can follow the program on the following link: www.facebook.com/Africanstellingstories

“To My Younger Self” is a live-streamed storytelling project that goes live every Tuesday morning at 7:30am EST/11:30aM GMT. 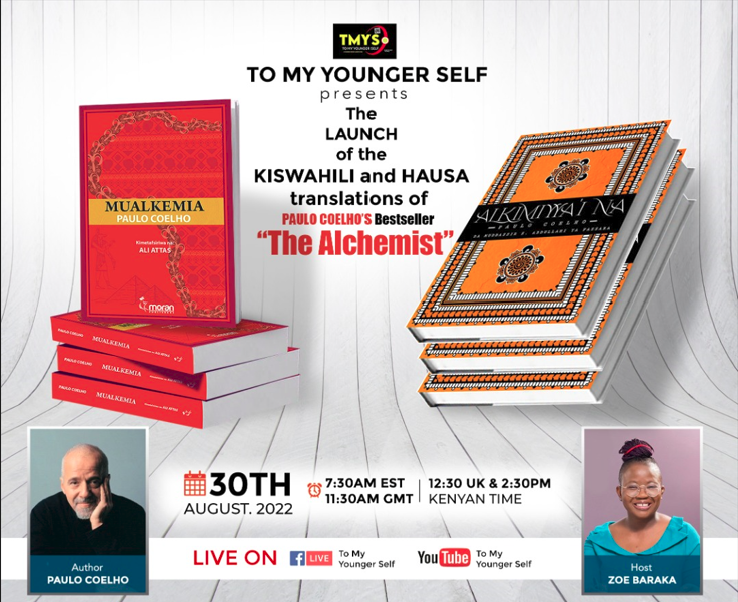