The pocket edition of “La Voie de l’Archer” is available in France by J’ai Lu. This format also includes illustrations by Christoph Niemann and is printed in full colour.

At the same time, the new Paulo Coelho library in pocket format appears with the first four titles: “The Spy”, “Aleph”, “Manual of the Warrior of Light” and “The Witch of Portobello”. The new cover collection was created by DJOHR.

“Each encounter brings within it an eternity.”

After the success in Germany, Italy, France and Spain, it’s time for the English and Spanish editions in the USA. In November, “The Archer” and “El arquero”, with illustrations by Christoph Niemann, will be launched in the States in English, by the hand of Knopf, and in Spanish by Vintage Español.

The Argentinian newspaper “Clarín” launches a new collection of 12 novels by Paulo Coelho, starting in September with “The Pilgrimage”. Every two weeks, a new title will be available together with the newspaper. 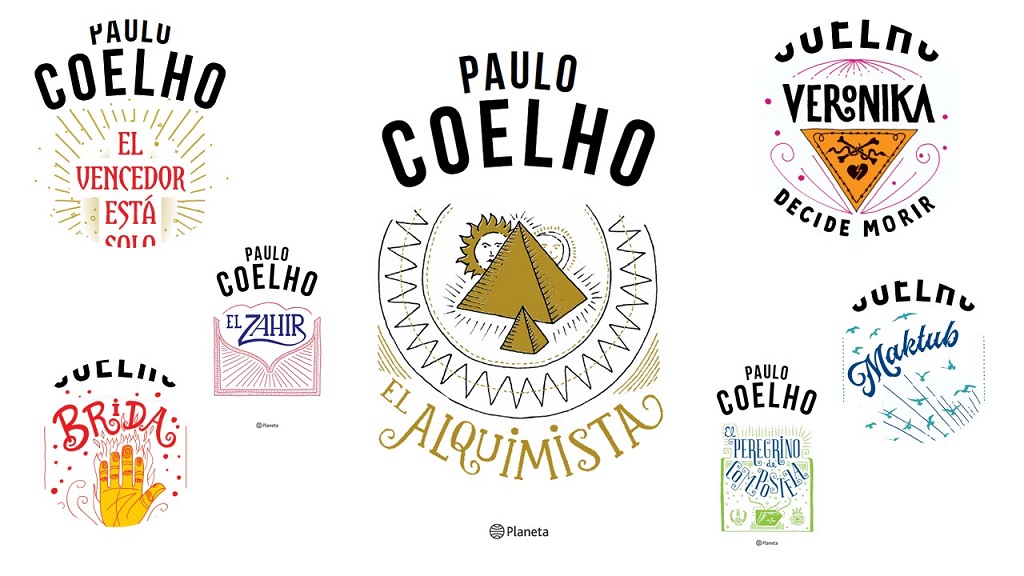 “You must get as much as you can from any journey because, in the end, the journey is all you have. So why not live?” —Paulo Coelho leads you down the path of reflection and imagination with thought-provoking questions, a personal introduction, and beautifully designed quotes from his most popular books, speeches, interviews, and posts.

“Journey” is for Coelho fans and anyone seeking a space for discovery and inspiration.

It will be published by Chronicle in the US and Bluebird in the UK on October 20th exquisitely produced, with a white and copper foil-stamped cover.

Straight to the heart, “El camino del arquero” in Spain

After topping the bestseller lists in Germany, Italy and France, “El camino del arquero” is launched today in Spain by Editorial Planeta in Spanish and Columna Edicions in Catalan for €16.90 with illustrations by the renowned artist Christoph Niemann, whose works appears regularly on the covers of “The New Yorker”, “National Geographic” and “The New York Times Magazine”.

“El camino del arquero” is an inspiring story about a young man seeking wisdom from an elder, and the teachings imparted along the way. In this work, we meet Tetsuya, a man once famous for his prodigious gifts with a bow and arrow but who has since retired from public life, the challenger who comes searching for him, and the boy who observes their competition. Afterwards, the boy has many questions, and in answering them Tetsuya illustrates the way of the bow and the tenets of a meaningful life.

Paulo Coelho’s story is a powerful reminder that action and the soul are inextricably connected and that a life constricted by fear of rejection or failure is not a life worth living. Instead, one must take risks, build up patience and courage, and embrace the many unexpected turns fate has to offer. With the wisdom, generosity, and grace that have made him an internationally best-selling writer, Paulo Coelho provides the framework for a rewarding life: hard work, passion, thoughtfulness, a willingness to fail, and the urge to make a difference.

“If you never take a risk, you will never know what changes you need to make.”
Paulo Coelho

“The Meaning of Peace” is a moving tale Paulo Coelho wrote a few years back, and it tells the story of a king that, fearing the nearby wars
might disrupt the region, starts searching how to teach the neighbours the importance of peace.

Unpublished until this year, and due to its timeless theme, Paulo Coelho’s publishers brought it to the readers beautifully illustrated in 31 languages in newspapers, literature sites and on online bookstores around the world for free.

You can read the English version on https://paulocoelhoblog.com/wp-content/uploads/2020/04/PauloCoelho-The-Meaning-Of-Peace-EN.pdf

TEX, the textile division of Carrefour, developed a capsule collection of T-shirts and pyjamas with Paulo’s quotations and brand for France. It will be launched in June.

Check out some of the items in this collection below.

Paulo Coelho posts a video on his Twitter account showing support to the Italian population affected by the Covid-19 situation.
https://twitter.com/paulocoelho/status/1238139918255153152?s=20

The Portuguese municipality of Oeiras inaugurates a bronze bust made by Russian painter and sculptor Gregory Pototsky honouring Paulo Coelho. The sculpture can be visited free of charge in the garden of Palácio dos Anjos.
https://br.sputniknews.com/cultura/2020030915312563-escritor-paulo-coelho-e-homenageado-em-portugal-com-escultura-de-artista-russo/